How to Solve a Cold Case: And Everything Else You Wanted To Know About Catching Killers (Paperback) 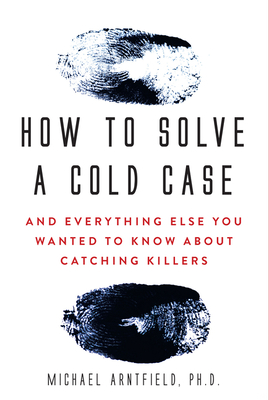 How to Solve a Cold Case: And Everything Else You Wanted To Know About Catching Killers (Paperback)

Get inside the mind of an elite cold case investigator and learn how to solve a murder.

Despite advances in DNA evidence and forensic analysis, almost half of murder cases in Canada and the US remain unsolved. By 2016, the solved rate had dropped so significantly in the United States that it was the lowest in recorded history, with one in two killers never even identified, much less arrested and successfully prosecuted. And the statistics are just as bad in Canada.

As a sought-after global expert and former detective, Arntfield has devoted his career to helping solve cold cases and serial murders, including the creation of the Western University Cold Case Society, which pairs students with police detectives to help solve crimes.

In How to Solve a Cold Case, Arntfield outlines the history of cold case squads in Canada and the US, and lays out the steps to understanding and solving crime. Arntfield shows you what to look for, how to avoid common mistakes, recognize patterns and discover what others have missed. Weaving in case studies of cold crimes from across Canada and the US, as well as a chapter on how armchair detectives can get involved, How to Solve a Cold Case is a must-read for mystery fans and true crime buffs everywhere.

MICHAEL ARNTFIELD is a cop-turned-criminologist and professor at Western University, where he founded the Cold Case Society, an unsolved-crimes college think tank. He is also a director with the Murder Accountability Project in Washington, DC, has served as a visiting professor at Vanderbilt University and has trained police around the world on cold case serial homicides, including as a speaker at the FBI Academy in Quantico. The author of over a dozen true crime books and criminology textbooks, he makes regular appearances on the Discovery Channel, Investigation Discovery and Oxygen, and is a staple expert on crime in both American and Canadian media. Visit him at michaelarntfield.com.

“How to Solve a Cold Case is necessary and insightful reading. Whether you admit it or not, true crime has become everyone’s business. For the amateur sleuth, Arntfield restores a well-earned credibility, offering a path forward by which true crime enthusiasts may actually work as partners alongside law enforcement.”  — —John Allore, co-author of Wish You Were Here: A Murdered Girl, a Brother’s Quest and the Hunt for a Serial Killer

“Mike Arntfield’s masterfully written book digs deep into the science behind criminal investigation and tells us exactly what it takes to catch a killer. Once I picked it up, I couldn’t put it down. This is a must-read for anyone interested in true crime.” — –Mike Browne, host of the Dark Poutine podcast and author of Murder, Madness and Mayhem

“A righteous recommended read for armchair detectives and cops alike. Arntfield clearly shows us: what we don’t know about murder is killing us.”  — —Brad Hunter, national crime columnist, Toronto Sun