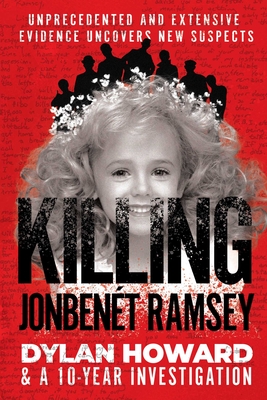 The killing of six-year-old beauty queen JonBenét Ramsey—found in the basement of her family home in Boulder, Colorado, with a smashed skull and a garrote placed around her neck—remains one of America’s most shameful unsolved crimes. A flawed investigation, fraught with police and prosecutorial misconduct and widespread evidence tampering, means that the little girl’s killer remains at large after more than two decades.

Now, as told in Killing JonBenét Ramsey an unflinching new investigation into the crime will seek to finally secure justice for JonBenét. Investigative journalist Dylan Howard has assembled a crack team of internationally renowned criminal investigators, experts, and lawyers with the express aim of finding her killer.

They have sifted through scores of new tips and leads, pored over never-before-seen crime scene evidence, searched through hundreds of pages of coroners’ reports, police statements, and private journals, and conducted many exclusive new interviews. They have petitioned courts and law enforcement agencies, gathered archival material, and utilized new scientific advances.

This is not a retelling of JonBenét’s story; it is an active investigation of her murder. Combining the compulsive draw of a Hollywood movie blockbuster, the addictive thrill of the police procedural, and the heartwrenching tragedy of the real-life murder of a beautiful toddler and the consequences for her family, Killing JonBenét​ Ramsey seeks to put right one of the modern age’s most monstrous wrongs.

As a man with unprecedented access to the facts and a reporter who is one of the most feared journalists in Hollywood, investigative reporter Dylan Howard has cracked open scandals that have brought down the careers of Mel Gibson, Charlie Sheen, Hulk Hogan, and Paula Dean and others.

Howard’s sense for news saw him rise to become the undisputed most powerful gossip editor in the world—publishing dozens of salacious tabloid magazines each week, including Us Weekly, The National Enquirer, Star, In Touch, Life & Style, RadarOnline.com, and more.

Described by TheNew Yorker magazine’s Jeffrey Toobin as "a tabloid prodigy” and AdWeek as “the king of Hollywood scoops,” Dylan also brought to light the hate-fueled audiotapes of Oscar-winning actor/director Gibson blasting former girlfriend Oksana Grigorieva; the scandal-plagued death of screen darling Farrah Fawcett; the naming of the mother of Arnold Schwarzenegger’s love child; the demise of star-on-the-rise politician Anthony Weiner; and the Tiger Woods sex scandal. He also broke the story of the A-list high-stakes poker scam that was later made into the Oscar-nominated film Molly’s Game.

Most recently, Howard made a name for himself with a stunning exposé of Sheen that revealed Hollywood’s most unapologetic hedonist was HIV positive. It also was a story of extraordinary corruption, violence, lies, intimidation, death threats, and millions of dollars paid out in hush money—a story that he chronicled in a first-person essay for The Hollywood Reporter that AdWeek called “jaw dropping.”

“The king of Hollywood scoops.”
— AdWeek

“Dylan Howard is one of the finest journalists writing today. His depth and breadth of experience are second to none; he follows every intricate angle of a story and exposes the truth. As a former detective, I know firsthand the skills that make an exceptional investigator and Dylan has them in spades.”
—Bo Dietl, former NYPD homicide detective who made over made over 1,400 felony arrests