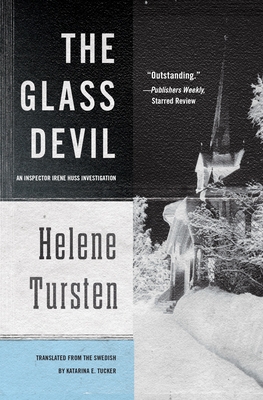 This is book number 4 in the An Irene Huss Investigation series.

The fourth investigation in the nationally bestselling Swedish detective series

When one of his teachers fails to show up for work, a high school principal calls his friend on the Göteborg police force. To Detective Inspector Irene Huss’s surprise, her boss takes the
complaint seriously, even bringing her with him to a remote cottage in southern Sweden to investigate. There they discover the body of the teacher in question, victim of a rifle shot to the head. When they visit his parents to break the news, they find the couple dead in their bed, each shot between the eyes. The family’s sole surviving member, their daughter in London, is too grief-stricken for questioning. A swath of suspects arises as Irene investigates, but she has a hunch the answers to this case lie in England.
Helene Tursten was a nurse and a dentist before she turned to writing. Other books in the Irene Huss series include Detective Inspector Huss, Night Rounds, The Torso, The Golden Calf, The Fire Dance, The Beige Man, and The Treacherous Net. Her books have been translated into 18 languages. She was born in Göteborg, Sweden, where she now lives with her husband and daughter.
Praise for The Glass Devil

“An exciting account of a triple homicide.”
—The New York Times Book Review

“Huss is quickly becoming one of the most satisfying lead characters in the thriving world of Swedish crime fiction.”
—Booklist