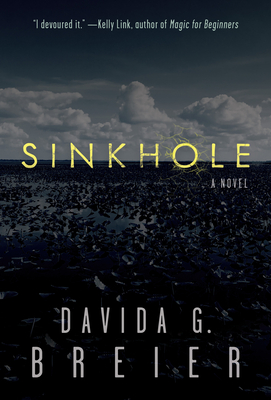 "...a sweet and sour and ultimately redemptive delight of a mystery, redolent of 80s Florida and adolescence in all its sinister glory. I devoured it." --Kelly Link, author of Magic for Beginners and Get in Trouble

Lies from the past and a dangerous present collide when, after fifteen years in exile, Michelle Miller returns to her tiny hometown of Lorida, Florida. With her mother in the hospital, she's forced to reckon with the broken relationships she left behind: with her family, with friends, and with herself.

As a teenager, Michelle felt isolated and invisible until she met Sissy, a dynamic and wealthy classmate. Their sudden, intense friendship was all-consuming. Punk rocker Morrison later joins their clique, and they become an inseparable trio. They were the perfect high school friends, bound by dysfunction, bad TV, and boredom--until one of them ends up dead.

Forced to confront the life she turned her back on fifteen years ago, she begins questioning what was truth and what were lies. Now at a distance, Michelle begins to see how dangerous Sissy truly was.

An ingenious debut from editor and publisher Davida Breier, Sinkhole is a mesmerizing, darkly comic coming-of-age novel immersed in 1980s central Florida. A disturbing and skillful exploration of home, friendship, selfhood, and grief set amidst golf courses, mobile homes, and alligators.
Davida G. Breier was born in Miami, FL. She's spent the last two decades in various roles within the book industry and currently works for Johns Hopkins University Press. Davida lives in Maryland with her family, a pack of wee rescue dogs, a rescue tortoise, and two companion chickens.