The Murder of Princess Diana: The Truth Behind the Assassination of the People's Princess (Paperback) 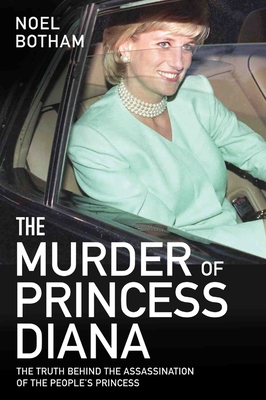 The Murder of Princess Diana: The Truth Behind the Assassination of the People's Princess (Paperback)


Backordered: Email or call for availability status
The world stood paralyzed at the news of Princess Diana’s tragic death after a car crash in Paris in August 1997. However heartbroken about the accident that took the life of the People’s Princess, many people were skeptical about the government’s official statements. After in-depth research of the circumstances of that fateful night, investigative writer and former journalist Noel Botham finally reveals what he alleges to be the truth—Princess Diana fell victim to a ruthlessly executed assassination.The tragedy still shapes Britain, 20 years later. How could the Establishment betray the trust of a whole nation? How was the killing executed? Was there really another car in the tunnel at the time of the crash? Reporting from the innermost sanctums of British intelligence and royalty, Botham reveals shocking answers.
Noel Botham is the author of The Book of Useless Information and The Ultimate Book of Useless Information.