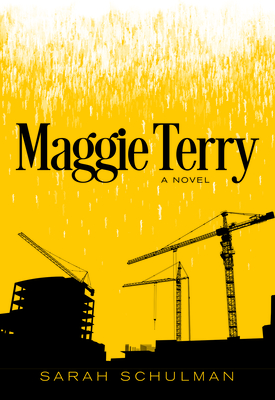 Maggie Terry is the most beautiful, most bitter, most sweet, and all around best detective novel I've read in years. Precise, insightful, heartbreaking, and page turning. --Sara Gran, author of The Infinite Blacktop

Post-rehab, Maggie Terry is single-mindedly trying to keep her head down in New York City. There's a madman in the White House, the subways are constantly delayed, summer is relentless, and neighborhoods all seem to blend together.

Against this absurd backdrop, Maggie wants nothing more than to slowly re- build her life in hopes of being reunited with her daughter. But her first day on the job as a private investigator lands her in the middle of a sensational new case: actress strangled. If Maggie is going to solve this mystery, she'll have to shake the ghosts--dead NYPD partner, vindictive ex, steadfast drug habit--that have long ruled her life.

Sarah Schulman is a literary chronicler of the marginalized and subcultural, focusing on queer urban life. She is the author of several books, including The Gentrification of the Mind, Conflict Is Not Abuse, and The Cosmopolitans. She is Distinguished Professor of the Humanities at CUN Y, and teaches creative writing at the College of Staten Island.

Distinguished Professor of the Humanities at CUNY, Sarah Schulman's honors and awards include a Guggenheim in Playwriting and a Fulbright in Judaic Studies. A well-known literary chronicler of the marginalized and subcultural, Schulman's fiction has focused on queer urban life for thirty years. She is the author of several books; recent works include The Gentrification of the Mind, Conflict Is Not Abuse, and the novel The Cosmopolitans. Her plays and films have been seen at Playwrights Horizons, the Berlin Film Festival, and the Museum of Modern Art. An AIDS historian, Schulman is cofounder of the ACT UP Oral History Project.